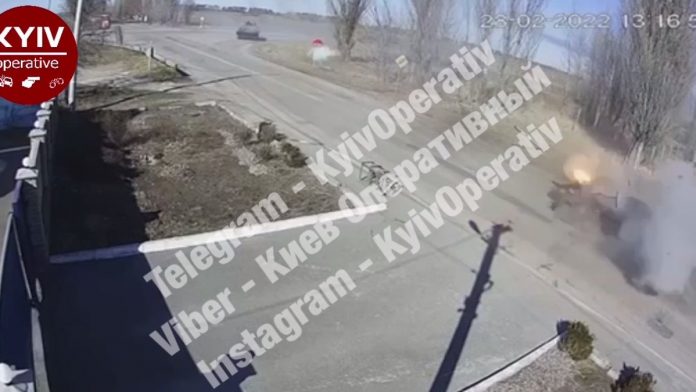 War crime of the occupation army of the Russian Federation in Ukraine! The shooting of Ukrainian citizens in a car by the Russian military was caught on cameras.

A man and a woman of retirement age were driving home. Behind the wheel sat a man who was over 70 years old, about the same as his wife. They stopped at a stop sign, just at that moment they were shot by the Russian invaders. Two pensioners died on the spot.

Eyewitnesses note that there is a mark on the car of the victims – people with disabilities. It is reported that the war crime was committed near the city of Makariv, Kyiv region.