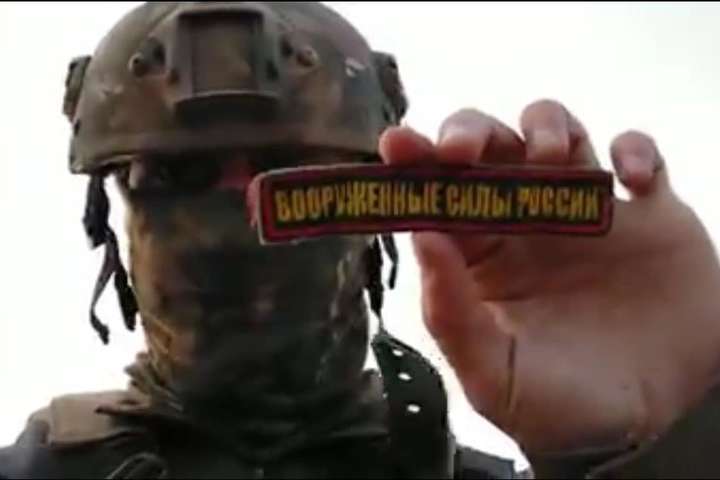 At the same time 9 aircraft of Putin and Assad began to deliver air strikes in the Jabal Zawiya region, south of Idlib province.

At the same time, the Fatahul Mubin fighters of the Syrian resistance began massively delivering heavy artillery attacks on the positions of the assassins of Assad and Putin in the previously occupied Neurob in preparation for the assault on the area.

The neurob that day literally burned from the blows of the rebels.
The first groups of Syrian resistance entered the Neurob region, and immediately sent two groups of mercenaries Assad and Putin on a “leave without detention”. The rebels began the assault from several directions.

The situation was developing rapidly, reinforcements were already going to the fronts, the battles moved to the center of Neurob – at this point another group of mercenaries was consumed (1 group – at least 10 mercenaries). The rest fled in disgrace.

The soldiers captured a war machine as a trophy, dozens of pieces of equipment were destroyed, and the assault continued at a high pace.
The rebels began fastening in the city of Neurob and further stripping.

During the night, Assad gangs made several attempts to recapture Neurab – all of them were unsuccessful.

As a result, during the night alone, 12 dead and 35 wounded from Assad’s Russian-sponsored terrorists, in addition to casualties, did the bandits lose the Shilka machine gun.

A military source at Al-Fateh Al-Mubin added: at night, a convoy of 5 Regiment tanks was also destroyed, heading for the city of Al-Nairab east of Idlib, from missile launchers.

Also in the early hours, the rebels destroyed two tanks of the Russian occupation forces on two fronts: Marat Uliya, east of Idlib, and Muradbasah, in the southern part of Idlib

That is, in the morning, in one night only – seven tanks can be melted down into nails.
According to the most conservative estimates, this is several million dollars, and perhaps a couple of dozen – it depends on what kind of tanks were.

Russians surprise me – they are so unpretentious: they live in poverty, eat on garbage dumps, use the most wretched medicine, wooden toilets, schools fall apart, and they find money left and right to scatter the tanks. However, as well as lovingly support their officials, buying villas and yachts. Attraction of unprecedented generosity! Amazing people!

The morning began briskly. The Explicit Victory operations headquarters announced the complete liberation of Nyrob and cleansing the city of militants controlled by the Russian invaders.

After the liberation of the villages of Salahiya in the north of Sarakib and the village of Saan east of Neurob, powerful attacks began on the city of Idlib, populated not only by the citizens of the city, but also by refugees from the terror of the criminal regimes – Assad’s artillery was striving to destroy the civilian population, reducing the opposition to Assad. Russian aviation also worked.

One of the rockets of that shelling flew into elementary school – and did not explode. Spared the hundreds of children who study in it – this is one of the largest primary schools in Idlib. Those who launched it around the city, in the midst of people, did not spare.

Fortunately, the civil defense immediately reacted and ruled out the possibility of the death of children in the event of sudden detonation – the children were urgently taken out, the place was cordoned off, the missile was neutralized and taken away.

This is about the “targeted” attacks on the “objects of terrorists”, about which they love to lie, starting from the decaying head of Russia and ending with its sciatic area, represented by numerous corrupt propagandists.

Hundreds of children, think about it the next time the propaganda will broadcast about attacks “on terrorist targets.”

But not everyone was as lucky.
On that terrible day, Assad and Rusnya gathered a bloody harvest.

I immediately recall Peskov’s statement: “As for the attacks on Idlib, which the Syrian military are carrying out, these are attacks on terrorists, and not on civilians.”

20 martyrs and more than 80 injured as a result of the regime’s aggression against the civilian population of the cities of Idlib, Maar Misrin, Binnish. These were those who were found immediately.

However, on that day, regime and Russian planes buried alive refugees under the rubble of a school in Marat Misrina – this school was allocated as housing for people who escaped the attacks of the terrorists of Bashar and Putin.

Late at night, rescue work was completed. Rescuers managed to get the survivors out of the rubble – only 44 people; of which 12 are children and 12 are women.

11 refugees died under the rubble, seven of them – children.

So the death toll increased by another 11 … the raid of Russia and Assad was aimed specifically at schools, as indicated by the targeted defeat of targets – all these are schools and kindergartens, as well as a hospital, a bakery, an apartment building.

Here’s the video: a terrible moment was recorded of removing the bodies of two children and their mother from under the rubble of a house that was destroyed yesterday by Assad and Russia aircraft.

Father’s crying is heard. They died. He stayed.

The rescue team always works until the last piece of stone – giving hope to relatives, a chance for survivors, calming the bodies of the dead.
Coming first to the place of the terrible massacre and leaving him last.

And all the inhabitants of Syria know this: where the “Helmets” worked before, and when these places came under Russian-Assad occupation, they continue to know the truth about ordinary guys who sacrifice themselves for others.

They know it here, and meet them with eyes filled with tears of gratitude, and how they can express their love and support.

However, these crimes could not stop the rebels, no matter how hard the perpetrators tried – during these days 120 square kilometers were freed from the evil spirits of Putin and Assad.

Morning began with the news that Sarakib was released! Mercenaries, already having low morale, hastened to get out of the city.

After several days of interruptions in the prayer call and atrocities in the land of Allah in the city of Sarakib, the takbirs sounded again…

It was marked by the persistent advance of the rebels, who continued to liberate the territories and de-occupied a significant part of the M8 highway, attempts to recapture the city began in the evening and ended with an air attack by Russia against Turkish soldiers. 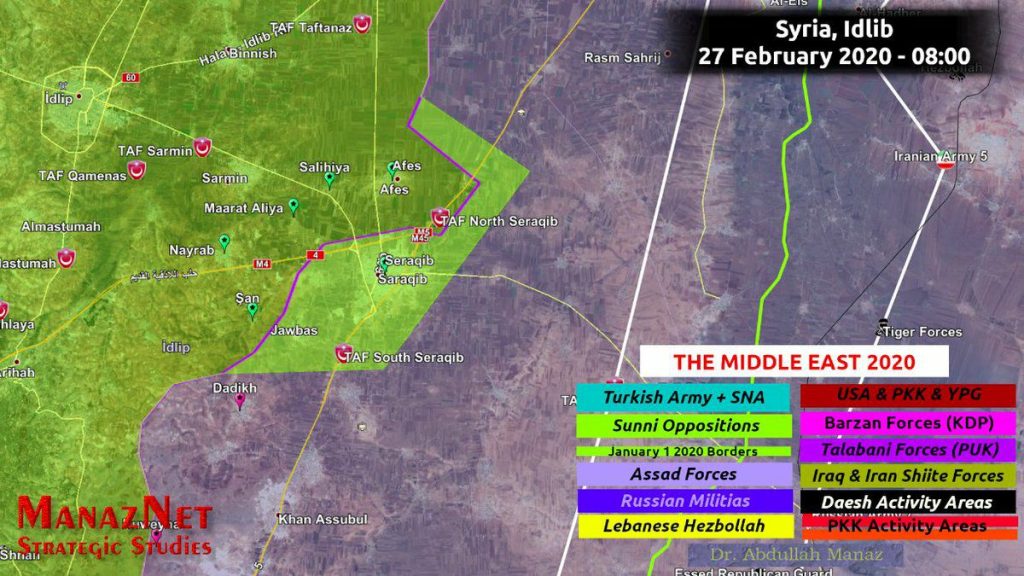 Sarakib is still liberated, and the rebels continue their advance.

Everything is stable in the Russian media

But meanwhile, the official Russian media is still holding back on the Sarakib, not allowing a single drop to doubt their veracity. In the screenshot, the leading Russian media report that all the rebel attacks on Sarakib are valiantly repelled. 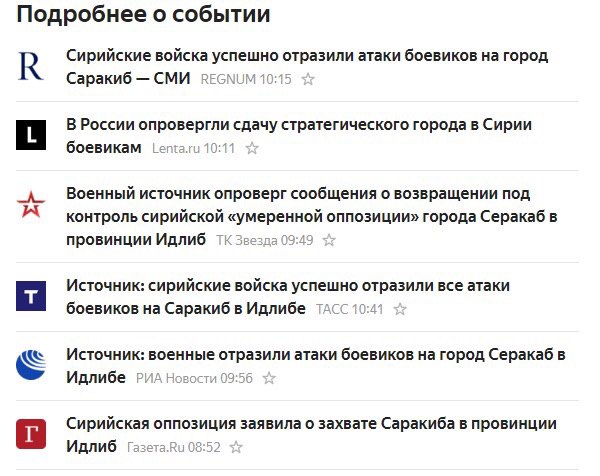