This was shown on Russian television in April 2013 – a year before the Russian attack on Ukraine.

Russian television was already filming propaganda about future hybrid “IHTAMNETS”, ready for illegal “work” abroad. The troops, which at any point in the world for interest to the Russian Federation, “enter into business when diplomatic methods are no longer in effect, divert the forces and attention of certain countries from external problems, creating internal problems for them.”

So the hybrid war of Russia was being prepared – as it turned out, against Ukraine. The world community has pretended to see nothing terrible in this plot of the government Russian television channel. Well, now the “enlightened civilized world” is reaping the bloody  rewards of its blind indifference and a policy of reconciliation with the Russian aggressor: in Georgia, in Syria, in Ukraine, in Libya… The Baltic countries and the Republic of Belarus are under threat.

“No man is an island, entire of itself; every man is a piece of the continent, a part of the main. If a clod be washed away by the sea, Europe is the less, as well as if a promontory were, as well as if a manor of thy friend’s or of thine own were: any man’s death diminishes me, because I am involved in mankind, and therefore never send to know for whom the bells tolls; it tolls for thee.”
John Donne (epigraph to the novel by E. Hemingway “For Whom the Bell Tolls”) 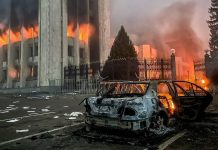 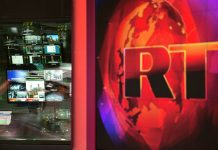 Ukraine is in the focus of the West. Why Russia wins...