In March 2020, Turkey and the Russian Federation, supporting various warring parties in the Syrian war, signed an agreement on joint patrolling on March 15 in the province of Idlib. Let me remind you that the Turks are helping the Syrian people, who overthrew the dictator Bashar Assad, while the Russians are fighting on the side of the Assad regime. This agreement provoked indignation among civilians. The Syrians do not intend to maintain a criminal agreement with Russia’s infanticide and to allow Putin-Assad terrorists to pass through the land liberated from them, no matter what the need for.

Even the Syrians, far from Russia, for the six years of their Russian presence in Syria, are known for the baser qualities of the invaders. The people of Syria know very well who killed their children, who deprived them of their homes, who turned piles of dull stones from the house, who mutilated, robbed, subjected to violence and torture of their loved ones. “Russian World” is hardly anything more vile, miserable and criminal.

“Putin, restore order in your country before climbing into ours! Russia, you will not pass!” – People shout, holding posters in their hands stating that the “Butcher from Damascus” sold Syria to Russia and Iran. 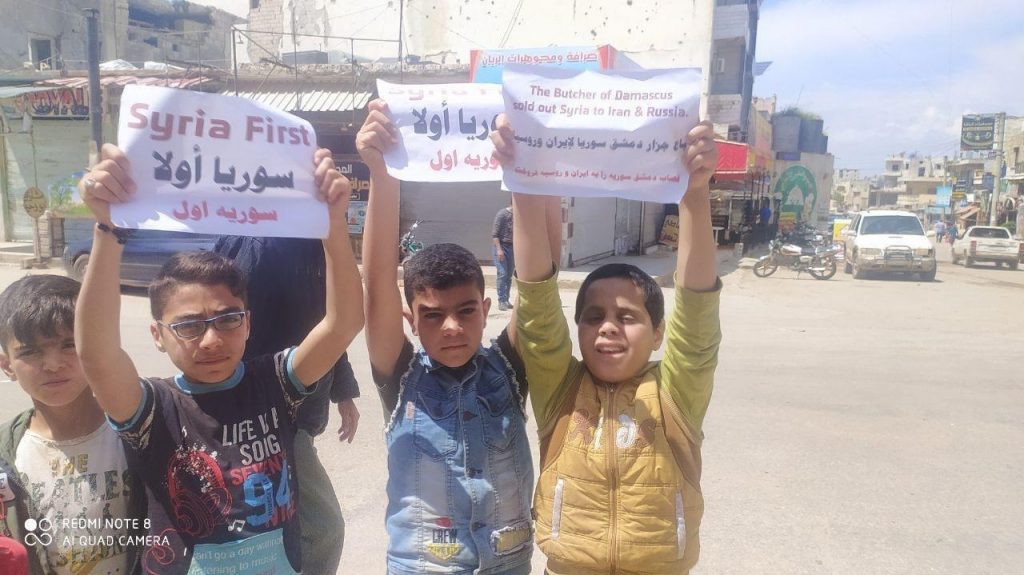 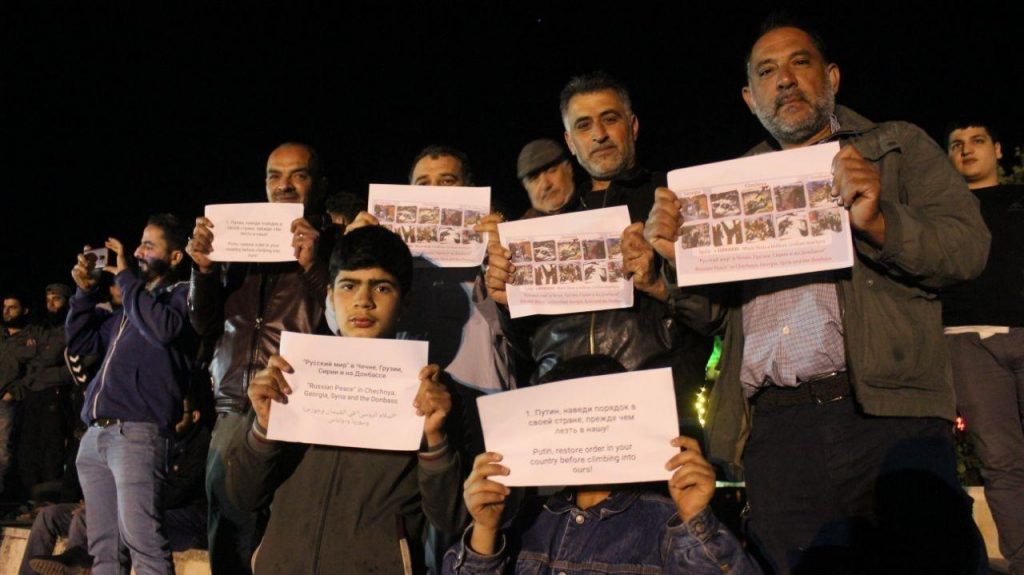 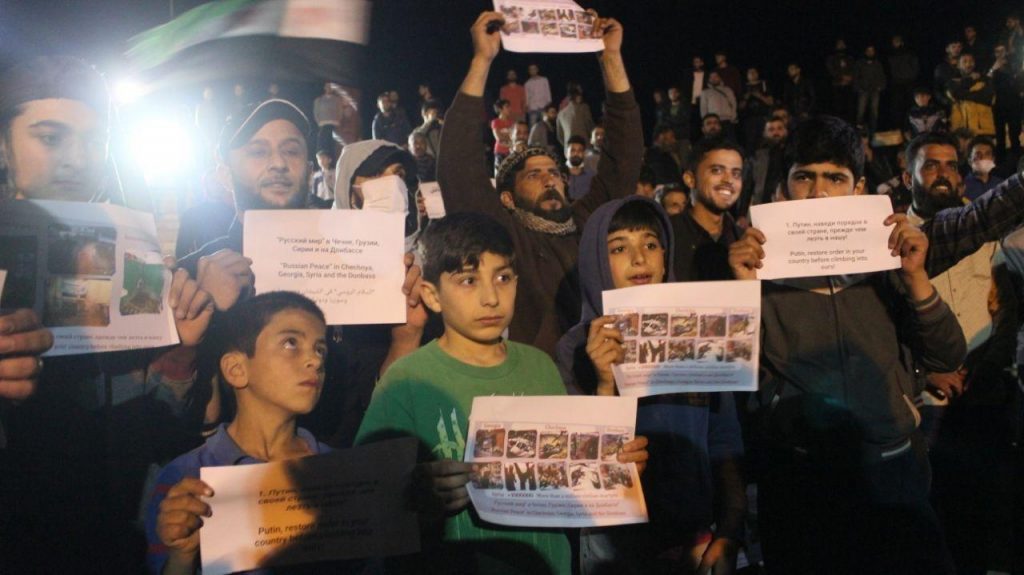 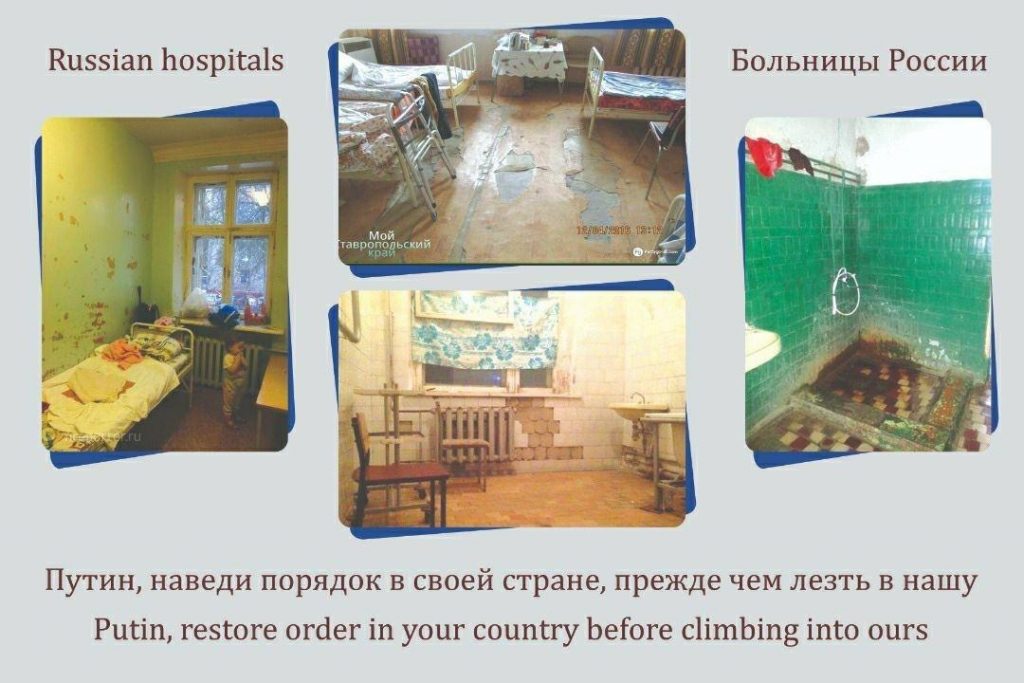 And truly it is. Bashar needs power at all costs – his sect and despicable family had once seized it in Syria with deceit and force, and it doesn’t cost him anything again to put into the furnace his low goals of life and the fate of millions of people.
And these people … they have nothing more to lose – the “Butcher from Damascus” and his criminal accomplices have already deprived people of everything … except dignity. And dignity is priceless.

So on a small patch of land, people of freedom are fighting against the occupation of Russia and the illegitimate tyrant ruler, who, according to the “good Russian tradition”, is supported by a friend country of all usurpers and psychopaths.

And they express their hostility towards the invaders without hesitation – therefore, all joint patrols of Turkish military and Russian criminals invariably take place in an extremely nervous atmosphere. So far, Russians have only thrown stones, but each time the processes evolve. The first power protests were just stones and eggs, but the subsequent ones are becoming more and more menacing.

Cobblestones to the occupiers

The criminal occupation patrol of May 28 already saw not just flying stones, but a real hail of hefty cobblestones and blocks. The protesters also took heavier stones, and the place was chosen much more successfully – much can be done from the bridge.

In the video, from 18 seconds: “Kirpi” drove the Turks – the protesters are waiting. Following are the Russian war criminals, as can be seen from the modification of the car and the side identification – and the stone rain begins.

As you can see, people, even if they were forced to miss their enemies in a joint patrol with the Turks to Aricha, but did not at all accept this. What to do – well, they don’t agree to be friends with the murderers of their children!

And I think that the Syrians have many more surprises left.

The propagandists of the Putin regime themselves also do not hide the attitude of the Syrians towards the Russian army (1, 2, 3, 4, 5). Although they will not show this on the Russian TV, telling the sugary nonsense about “Russians who bring peace and quiet to the Syrian Arab Republic who oppose terrorists”.

After all, in Russia it is known how the information is presented: no matter what the Russians destroy or rob – it is a terrorist object; whoever is killed or maimed is certainly a terrorist … even if he is a year old.

But look, these are those whom Russia calls terrorists, and with whom the Assad beast helps to fight … Are these brothers and sisters different from your children, Russians? They are the same children. 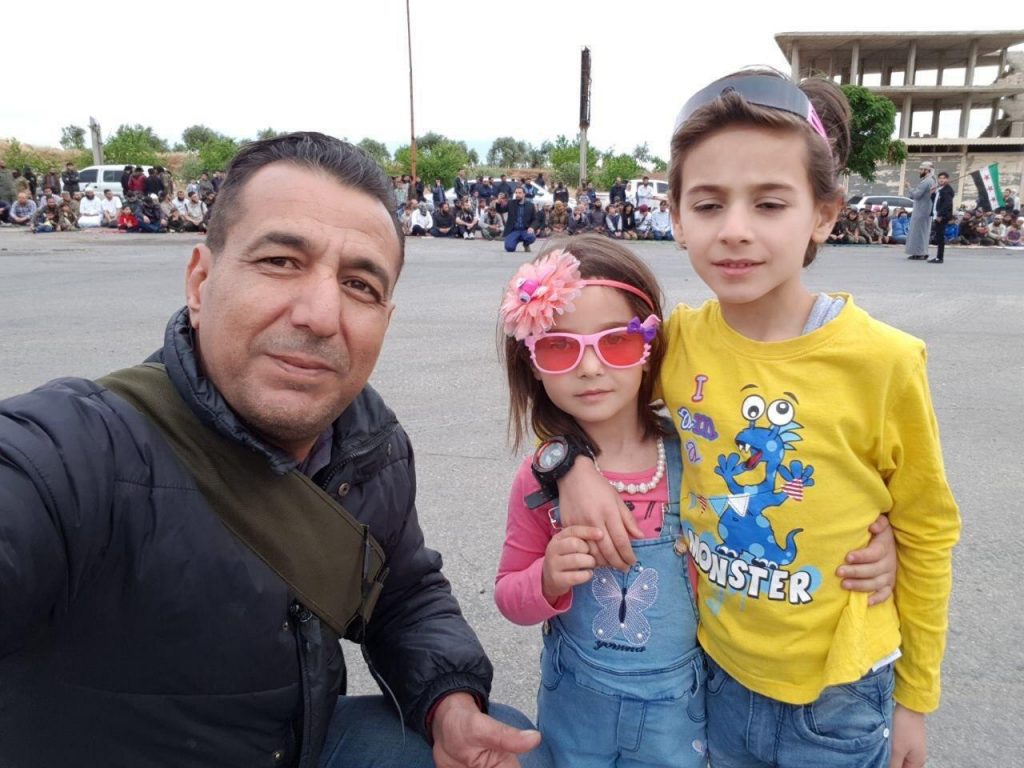 They are those whom Putin bombs for your money, with your tacit, and often not only consent.

Your sons kill them by throwing rockets from a height and supporting Assad’s mercenaries in this war of a tyrant who has seized power in the country by force and cunning.

They are those whom false propaganda and all your powers have called “terrorists” – these children.

Just like yours. To which your power, too, one way or another gets.

Because those who once tasted human flesh do not stop.

In the meantime, these children are on guard at the M4 highway, which the uninvited Russian invaders are trying to “squeeze” together with the Syrian bloodsucker. And yes – “Russia, you won’t pass!”.