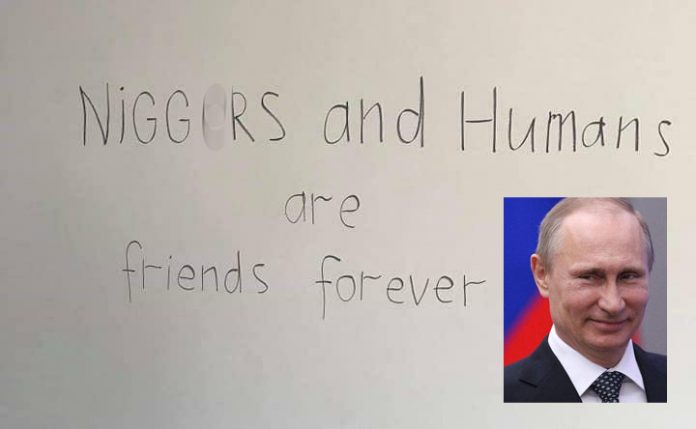 Russian war criminals convicted of looting and crimes against civilians in Ukraine and Syria have now been reported in Libya. It seems when they have nowhere to fall – they still show the wonders of acrobatics and go down even lower

So today, a fake is widely dispersed on the Web that supposedly in the battles in southern Tripoli, mercenaries from Ukraine participated in the Wagner PMC.

As evidence, the public is presented with crudely blinded and distinctly ridiculous photos – however, what the performers are, such are the fakes … The “wadded” audience could never boast of an abundance of mind, and in this case grief and laughter are precisely from this.

Ask yourself: could a Ukrainian call himself “x * hl”, give Poseidon a trident as the emblem of Ukraine, and finally write “Glory to Ukraine” with gross errors?

No, damn Putin! You were there, but there were no Ukrainians. Because squeamishly with you bastards, even sitting on the same field as you need is not something to join your guest workers team. The right to enter into manure is both morally easier and not so humiliating for dignity.

Last week, Russian mercenaries from PMC Wagner, fighting in Libya on the side of the rebel Khalifa Haftar, defiled and burned the Niffati Mosque in Ain Zarra in southern Tripoli before retreating from Libyan government forces.

Scumbags scribbled on the wall of the destroyed mosque the inscription: “I see mosques on Russian soil, but I’d rather see them in hellish fire”, Nazi abbreviations and the slogan “14/88”, “White Power”, as well as the slogan of St. Petersburg ultras: “In colors “Zenith” no black. ” 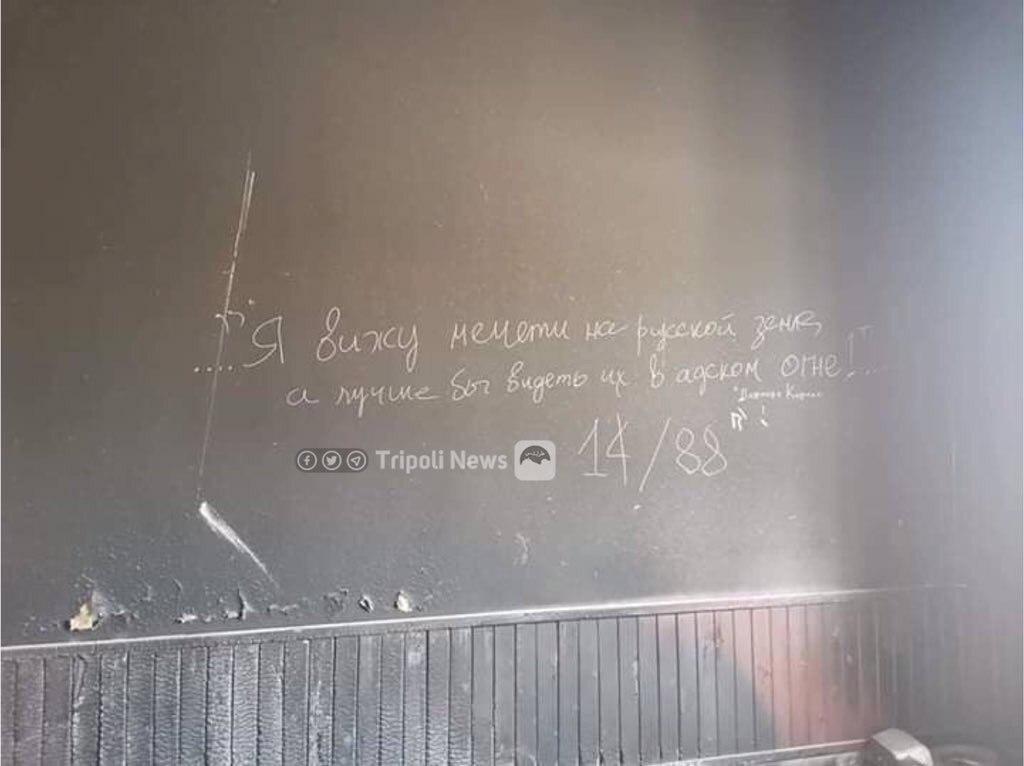 These are the people, or rather nonhumans, who are carrying out another international duty in another foreign country.

All this clearly demonstrates who is fighting for Khalifa Haftar, who loudly announces that he is conducting “Holy Jihad” in Libya. It would be funny if it were not so sad.

The vile manifestations of the abominable “Russian world” are the same everywhere. In Syria, they bomb schools, houses and neighborhoods, wait for the rescuers to arrive – and again they throw in the same place. In Libya, they can’t fly and bomb civilians, but this does not mean that Russian migrant workers will leave without drinking the blood of civilians and children.

The vile war against the unarmed, the massacre and genocide of the civilian population – this is the main postulate of the Russian “heroes” of today’s Putin’s Russia.

Autographs of Russians as a keepsake

And finally, there’s something else that the “fierce” left in Tripoli before the escape. As you see, there is an excess of spirituality.

I would like to single out this “masterpiece” from the Russian “anti-fascists” in Libya. This is especially cynical in the light of the wave of anti-racist protests in the USA and Europe. The inscription in English: “Nigers and Humans are brothers forever.” 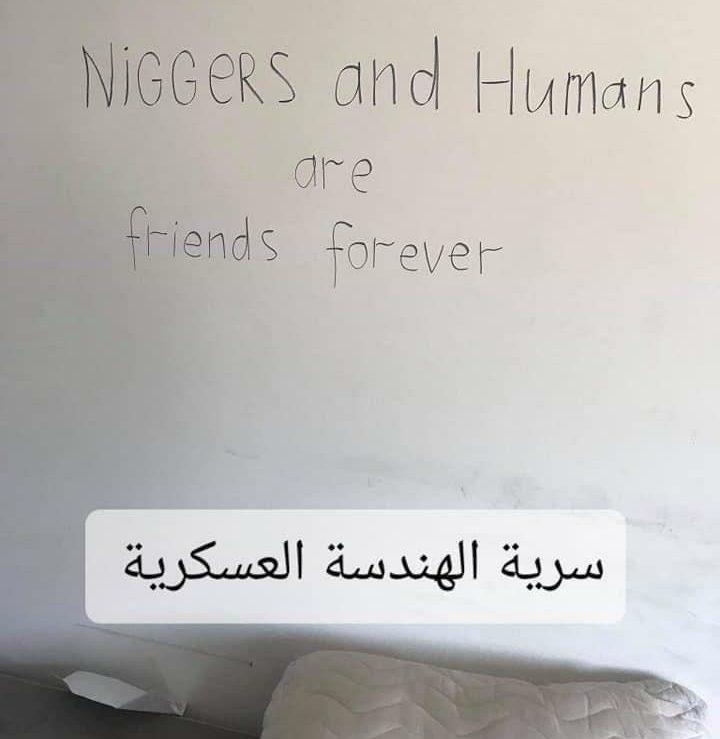 No matter how they call themselves, all their deeds speak better than words. And by all accounts, Putin’s foot soldiers are the real fascists, as well as those whom they support.